A recent notice from the finance ministry revealed GST revenue surged 16.6% to roughly INR 1.52 lakh crore in October 2022, making it the second-highest collection ever. GST revenue reached a record high in April, clocking at INR 1.68 lakh crore. On the other hand, the GST receipts in October for the Financial Year 2021-22 totalled more INR 1.30 lakh crore.

According to the statement, the government collected a gross GST of INR 1,51,718 crore in October 2022. In this collected amount, the major chunk belonged to the Integrated GST (INR 81,778 crore), Central GST (INR 26,039 crore) and State GST (INR 33,396 crore). Additionally, INR 10,505 crore were collected from cess inclusive of INR 825 core that was generated from the import of goods. Since its inception, this amount is the second-highest figure the government has accumulated through GST collection.

After regular and ad hoc settlements, the combined GST revenue for the Central and State governments in October 2022 claps at INR 74,665 crore towards CGST and INR 77,279 crore towards SGST.

Several states and UTs continued to see revenue growth of less than 14% even when total GST collection 2022 showed outstanding year-over-year growth in October.

GST collections showed a surge by less than 14% in total within 17 states along with Union Territories in September. The GST revenues of several states showed a downfall in the year-over-year GST collection data.

Let’s understand last month GST collection through the following table, which enlists October’s year-over-year data for 2021 and 2022. It highlights the state-wise contribution towards GST along with the overall increase or decrease in the contribution.

States are no longer entitled to compensation if their GST revenue collections aren’t 14% greater than they were for the same month last year, as it’s a wrap for the protected GST revenue period from June 30 onwards.

Let’s understand the GST collection trend by referring to the GST revenue generated every month for the fiscal years 2021-22 and 2022-23. It will help you to have a clear idea about the tremendous growth in GST collections that the government has witnessed from 2021 to 2022. 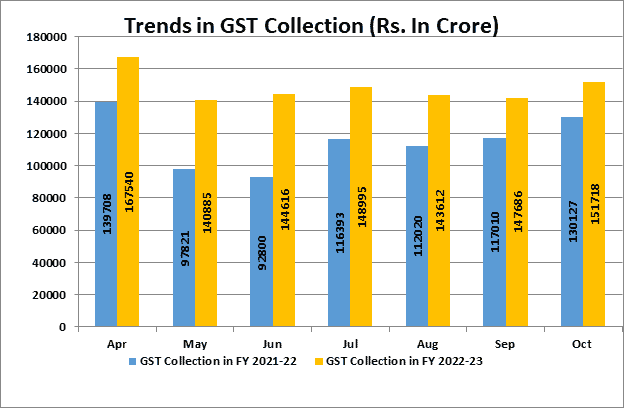 Aditi Nayar, the chief economist at ICRA, stated that the sharp sequential increase in the headline GST revenues in October 2022 indicates a mix of quarter-end flows related to the transactions in the prior month. Additionally, the surge in GST e-way bills was rooted in a full festive season.

The production of GST e-way bills is anticipated to have remained strong due to the holiday season in October 2022, which should increase GST collections in November 2022. ICRA predicts that the CGST receipts will be INR 1.3-1.4 lakh crore higher than the estimated FY23 Budget.

Parag Mehta, a partner in indirect tax at N. A. Shah Associates, noted that being the festival month, October witnessed people splurging on homes, cars, vacations, and other essentials.

According to Parag Mehta, considering the associated factors and previous GST collections, in November 2022, it appears that monthly GST receipts will surpass Rs 1.50 lakh crore.

India Partner M S Mani gave words about GST collections 2022 and said an impressive increase had been seen in the collection. It indicates that the country will also witness more from other states, resulting in the graph’s escalation.

Due to the Indian government’s various fiscal measures, the self-sustaining economy looks to be moving towards further fall within the tax collection incurred on imports.

GST receipts are anticipated to escalate further as the holiday season continues, according to Abhishek Jain, Partner Indirect Tax at KPMG in India. According to him, this, along with the government’s revised emphasis on tax collection, may result in a further boost in total GST Collection in 2022.

Looking for something more? 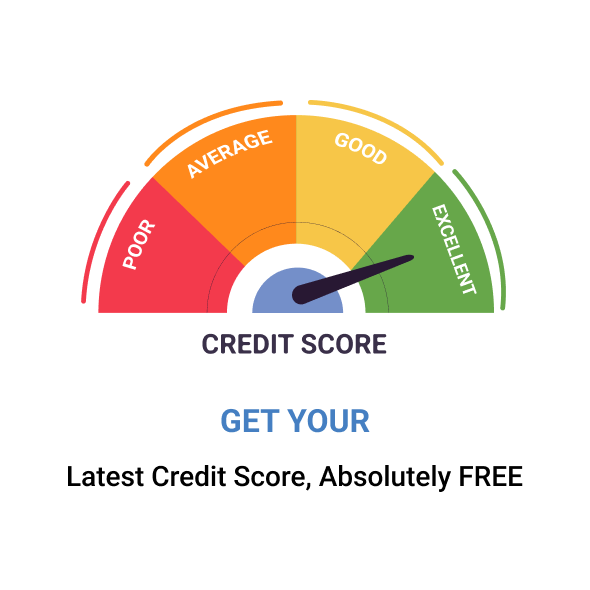 Thank you for showing your interest. Our agent will get in touch with you soon.